Mary Gauer has been elected to serve as Place Six Representative on the Board of Trustees for the Texas Municipal League Intergovernmental Risk Pool (TMLIRP), the leading provider of workers’ compensation, liability, and property coverage for local governments in Texas, serving over 2800 governments and political subdivisions. The Central Texas Council of Governments’ Executive Committee believes it is in the best interest of its member governments to have a representative serve on the TMLIRP Board of Trustees and were honored to nominate her for another term.  Mary Gauer has served as Place Six Representative on the TMLIRP for the past six years and is privileged to continuing serving the citizens of Central Texas in that capacity. 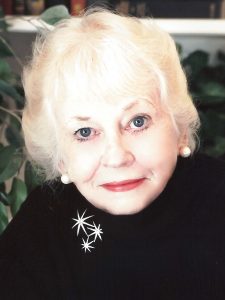 Mary Gauer joined the TMLIRP in January, 1998; served as President of the Board from 2011 to 2012; was one of the first three elected officials to earn recognition in the Texas Municipal Leadership Institute; served as President of TML Region 9, and either chaired or served as a member of several TML Legislative Committees during her years as member of the Harker Heights city council and mayor.

Congratulations to Mary! Thank you for your years of dedication and service.