HomeNewsLandlords are Needed to Rent to our Veterans!
loading...

Landlords are Needed to Rent to our Veterans!

Andrew Miller, Veterans Affairs Supportive Housing (VASH) Program Manager for the Waco-Temple-Austin area presented an update on the national initiative to end veteran homelessness to the Executive Committee of the Central Texas Council of Governments at their June 2015 meeting.  The VASH program, which began in 2008, is based upon the tenet expressed by Lincoln at the end of the Civil War that Americans needed to bind the wounds of the soldiers and find a way to have peace amongst ourselves.  Even today, some of the soldiers who return from war remain “lost” in that they cannot make the transition back into society.

There are resources and strategies in place to combat this problem.  Some veterans just need a bit of help such as money for an apartment deposit or the first month’s rent.  It can take up to five months to stabilize after separating from the military.  Some of the veterans have medical or psychological issues which compound the problems.  The goal is to get treatment for those veterans so they can avoid the justice system.  The current process is a collaborative effort among many agencies uniting their efforts to streamline activities. 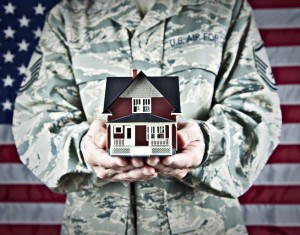 Mr. Miller’s main objective in speaking to the executive committee was to highlight the need for Temple-area landlords willing to work with the VASH program.  There are quite a few landlords in the Killeen area willing to work with Section 8 tenants but those tenants then have trouble gaining access to the VA hospital in Temple.  Currently 97 Temple-area veterans are approved and ready to move into Section 8 housing.  If VASH could locate 45 units, those veterans could be off the streets as early as next week.

For more information on the upcoming Landlord Fair or to get your property registered as Section 8 Housing, contact:  Kelly Moore at 254-743-8929.  Landlord Fair